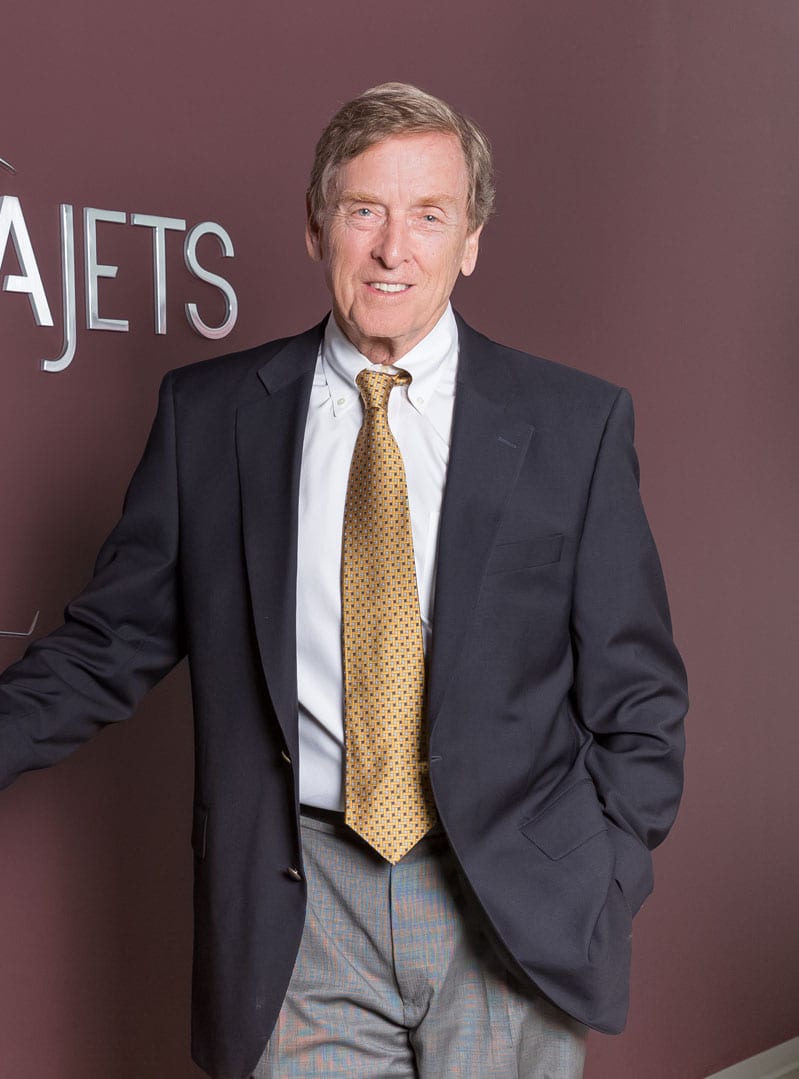 John grew up in the southeastern United States, attended Auburn University on a Naval ROTC scholarship, and earned a Bachelor of Science degree in Electrical Engineering. He served in the United States Navy for seven years, as a fighter pilot in Vietnam, and test pilot at Air Test and Evaluation Squadron Four. He was actively involved in the development of advanced tactical systems.

In 1973, John retired from the Navy and began a career in business aircraft sales with Atlantic Aviation. In 1975, he joined Hangar One, in Atlanta, Georgia, as manager for Rockwell aircraft sales, and later became a leading Beechcraft sales representative. In 1980, John, and former Navy squadron mate and close friend, Edward F. O’Gara, formed O’Gara Aviation Company (OGARAJETS), now one of the world’s leading business aircraft trading companies. John is a founding member, and past president, of the National Aircraft Resale Association (NARA).

John, wife Linda, and family, have lived in Atlanta, Georgia, since 1973. The family is involved in their church and community, and have always been drawn to hiking, skiing, tennis and outdoor activities.